skip to main | skip to sidebar

A Buddy for Life 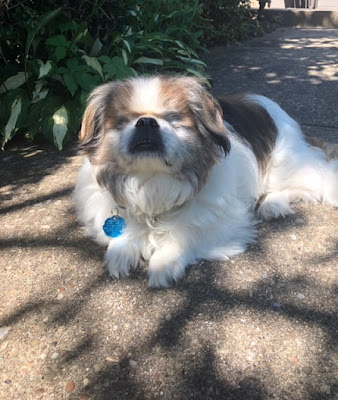 Cheerio’s journey brought him to Animal Friends after he was transferred to Animal Friends from another organization. Originally found as a stray, he had contracted a serious disease that left him blind. To alleviate his pain, our Medical team made the decision to remove his eyes. Once he recovered, Cheerio quickly became a favorite among staff and volunteers, cuddling and giving lots of kisses to everyone he met. But, as Cheerio waited to find his new home, it was clear that he would need a family as special and loving as he was.

That’s when Rose and John came to visit. After spending some time getting to know the dogs on our website, Rose remembers thinking that she wanted to get another dog, but thought she would wait a few years. But then she saw Cheerio. “I thought he looked adorable but was uncertain about adopting a blind dog. Then my daughter saw the video about Cheerio on Facebook and called me saying, ‘You've got to go get this little fellow!’ I had my doubts, but after watching the very moving video and hearing Cheerio's story, I knew I had to go take a look.” As soon as Rose and her husband John met Cheerio, it was love at first sight – and the feeling was mutual! 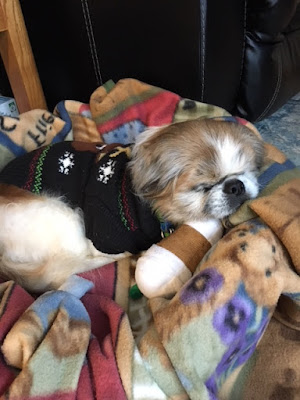 After a successful meet-and-greet, Cheerio – who has since been appropriately renamed Buddy – began life with his new family. “Buddy's transition went better than expected,” says Rose. “We marked different rooms with different scents so he would know where he was in the house. We don't need to do that anymore as he knows his way around fairly well.” Buddy loves his daily routine of napping, playing, and (of course!) cuddling with his family. “From my 93-year-old mother to my 5-year-old grandson, everyone loves Buddy. He is our own little rock star,” says Rose.

Buddy’s transition to his new family is a great reminder that disabled dogs make wonderful pets. While there are some changes a family has to make when adopting an animal with special needs, Rose agrees, “The love and devotion you get in return from your new pet is beyond wonderful!”
Posted by AnimalFriends at 6:13 PM 14 comments:

AnimalFriends
Animal Friends' Mission Statement is to ensure the well being of companion animals, while ending overpopulation, abuse and unwarranted euthanasia.